Brief History of the Assamese Department
Lalit Chandra Bharali College, Maligaon is one of the premier institutions of Higher Education of Assam, popularly known as LCB College. This institution of Higher Education was established in 9th of August, 1971. An initiative of mass of persons of the area and an association of N.F. Railways enthusiastic employees, it was started initially at Railway High School, Maligaon as ‘Evening Shift College’. In the year 1971, the college shifted to Nilachalpur, Bezbarua Nagar, its present place.
Department of Assamese is one of the main department of ‘Arts stream’ of the college. In initial period, ‘Department of Assamese’ was guided by Late Sarbeswar Talukdar, Nitya Phukan and Arup Bordoloi, who were the employees of N.F.Railway. in 1972, authority of the college made an advertisement for the post of lecturer in Assamese, in which Mrs. Krishna Barman was appointed. After that Late Poyia Khatun also included in the Assamese department, but who left this institution before the college was taken under the deficit system in 1983. The department was permitted to start degree Arts course by the Gauhati University in the year 1979-80. In 1985, GU permitted the college to start major courses in Assamese. Dr. Krishna Barman, Dr. Lakshmi Das Pathak and Mrs. Ranjita Das Lahkar was already retired from their service. Presently, Dr. Nilima Goswami Sarma, an Associate Professor (HOD & Vice Principal), Dr. Ratneswar Mili, an Assistant Professor and Dr. Bijaya Borah, an Assistant Professor are serving as permanent teacher in the said department. For the smooth running of the department part time/guest/contractual Assistant Professor are also been appointed by the authority time to time. Now Miss Digangana Borgohain is working as a contractual Assistant Professor. Unfortunately, Dr. Chandraprabha Devi, a devoted teacher (part time) of the department died in 2002. Her untimely demise is a great lose to the department.
In the year 1980, with a great interest for the development of the student’s, namely educational, mental, intellectual and creative quality, a literary organization ‘Sajitya Chora’ was established to provide an opportunity to the students. Chora has organized open discussion, departmental seminar, recitation programe, wall magazine, educational tour etc. purpose of the Chora was to developed their confidence level and personality. Now it is known as ‘Bibhagiya Sahitya Chora’ which was reconstituted in the year 2009.
For the benefit of students there is a ‘Departmental Library’ from which students can gather knowledge, widen their mental horizon and prepare themselves to research works also. Sampratik Asomiya Chutigalpar dhara (1994), one day workshop on recitation (1995), Amantrita Kabir Kabita Path aru Kabitar Bhasa (1997), workshop on poetry (2002) was some memorable program of the department.
As time has elapsed, there has been a drastic change in the department as per the NAAC format provided in the manual Department of Assamese decided to form a ‘Poetry Club’ (Kavya Sangha) named as ‘Poetry Club : LCBC’. It is established on 29th September 2021. Now all program of the department is going on under the umbrella of Poetry Club.
‘JONAKI’ (wall magazine) and ‘SOWARANI’ (Departmental Yearly Magazine)is also a medium to enhance students creative quality.
Besides, Samakalin Asomiya Bhasha aru Amar Dayabaddhata(2015), Kavya Chinton (2018), Galpa Kathan and Pathan (2018), Antaranga Alap (2018), Yuva Sahiti and Asmita (2019), A webinar titled ‘Bharatiya Sanskritir Pariprekhitat Asomiya Bhasa Sanskriti’ (2020), Lecture program on Asomiya Kahini Geet (2021), Inauguration of Poetry Club: LCBC (2021), Felicitation program to Gyanpeeth awardee Nilamoni Phukan (2021) etc are some remarkable program of Assamese Department which will be a milestone in near future. 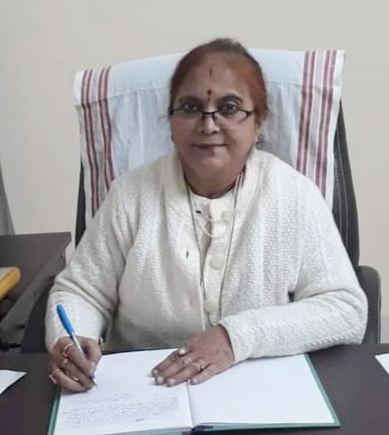 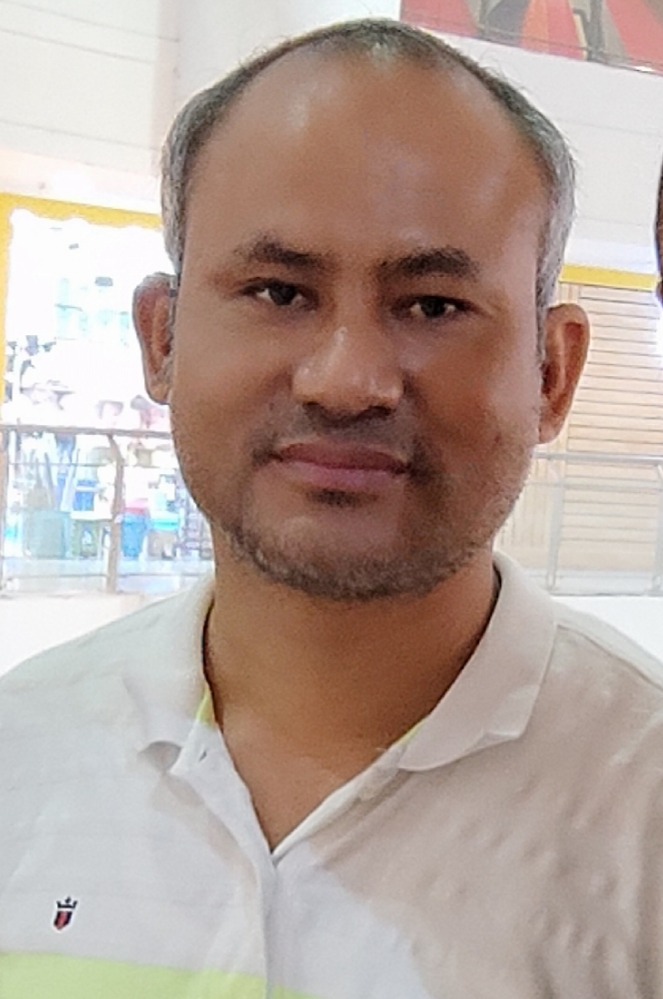 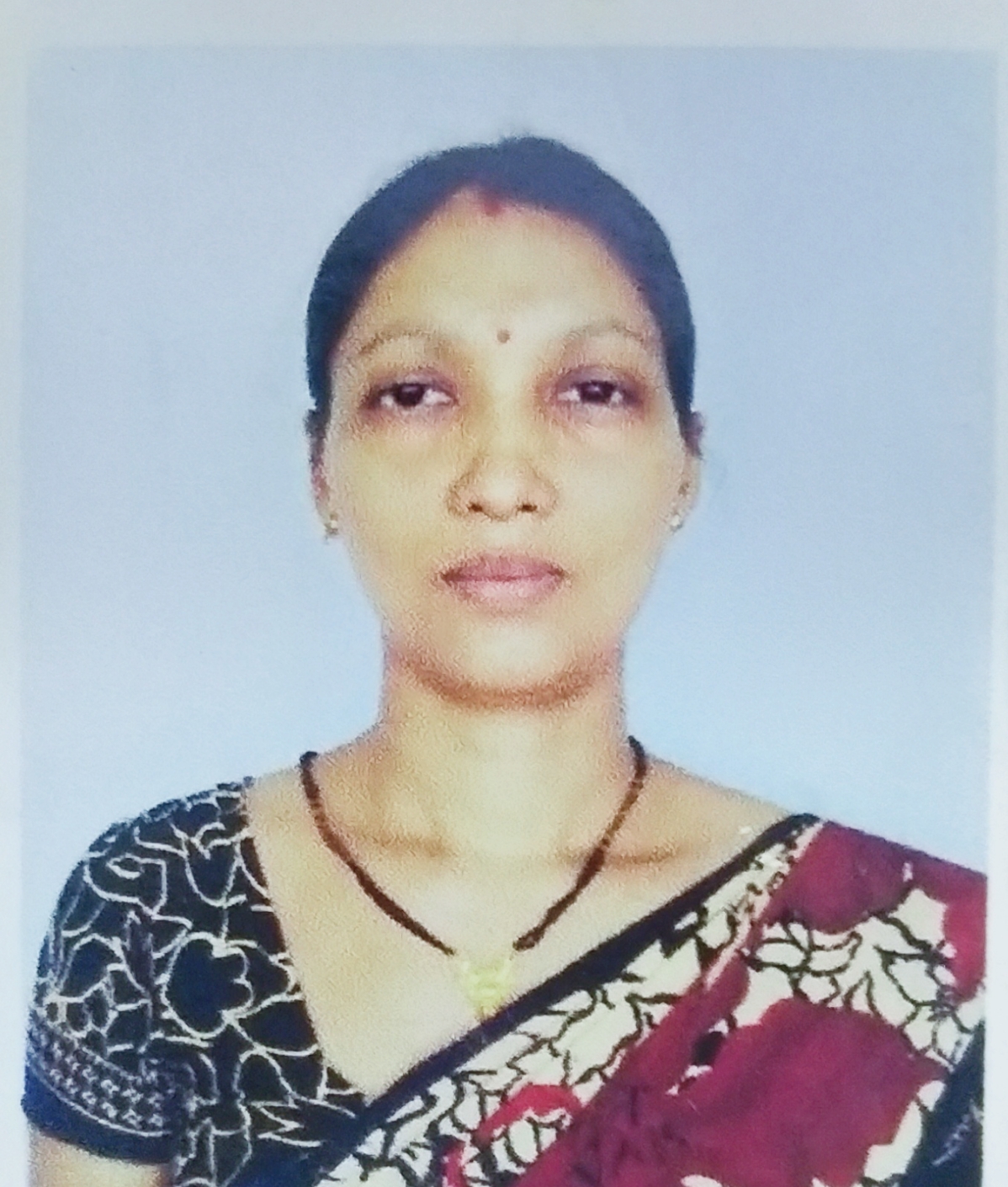 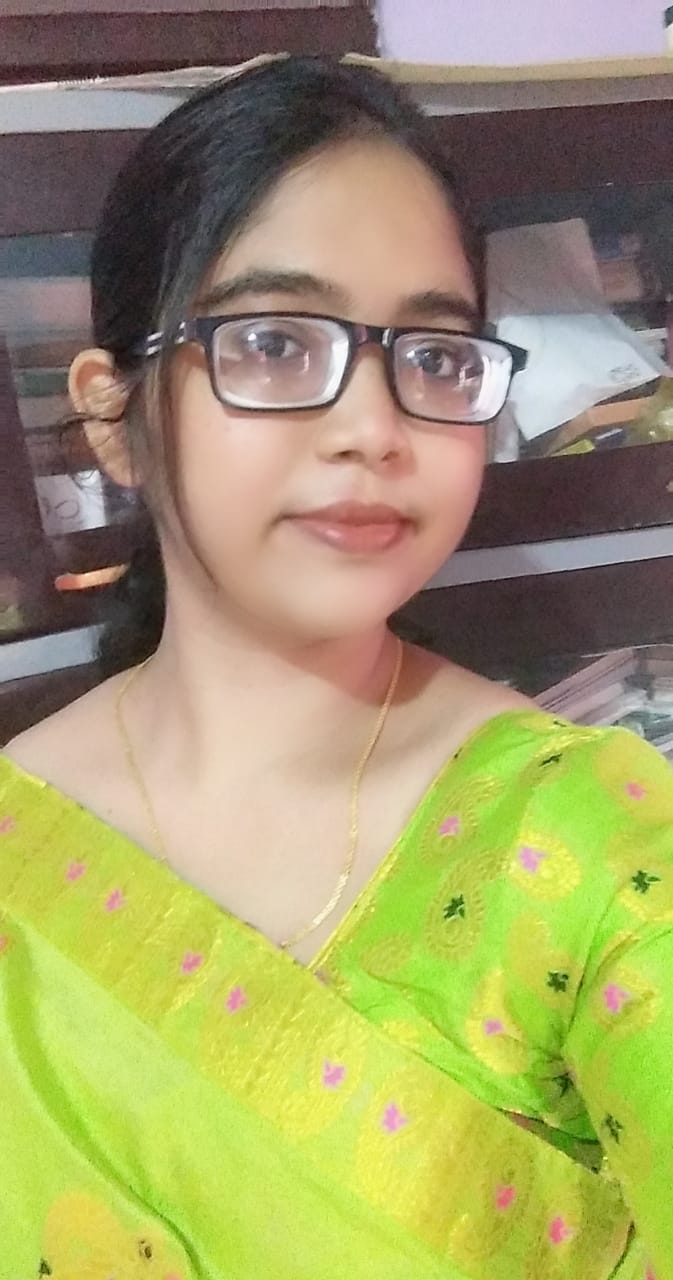 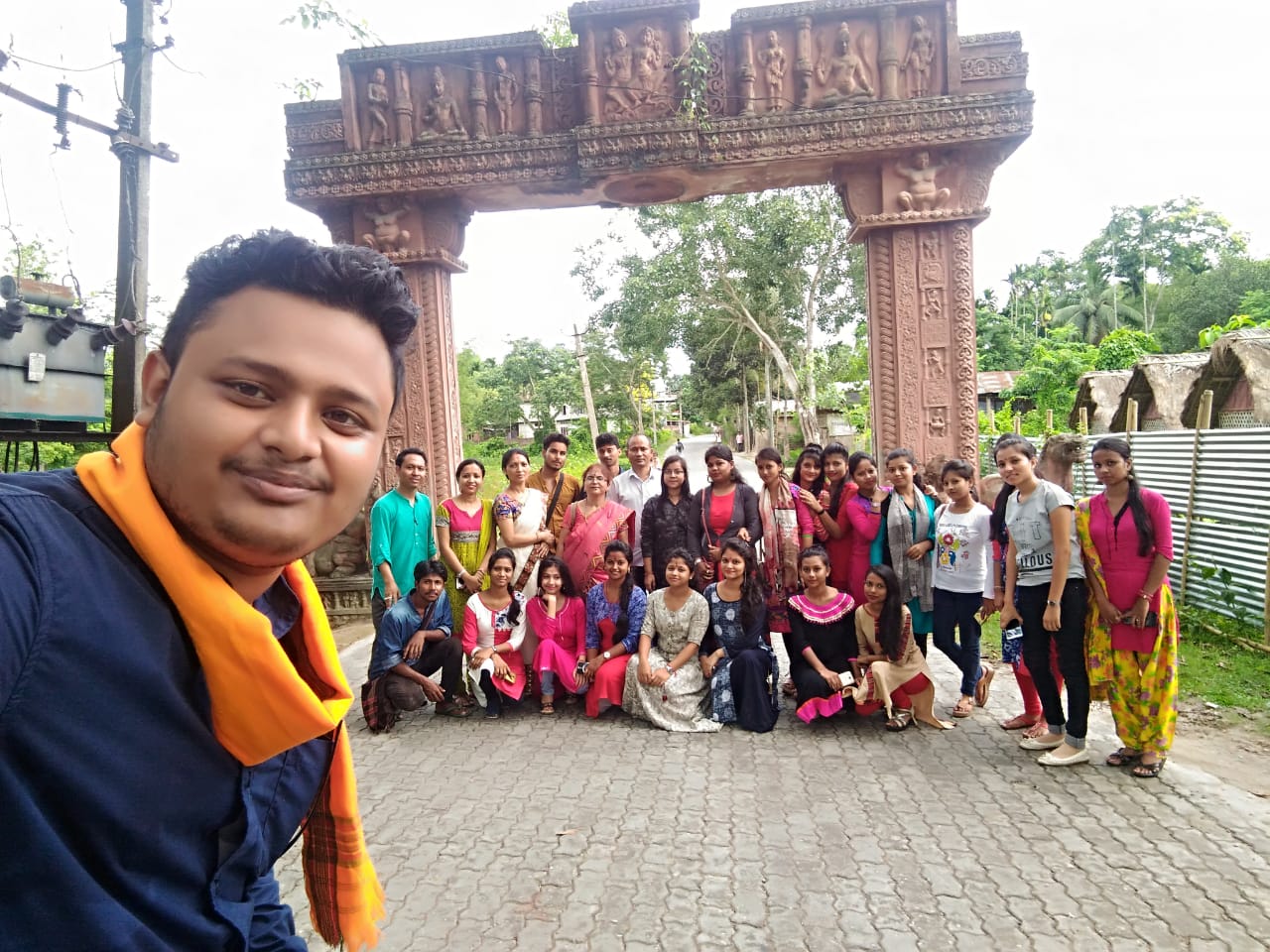 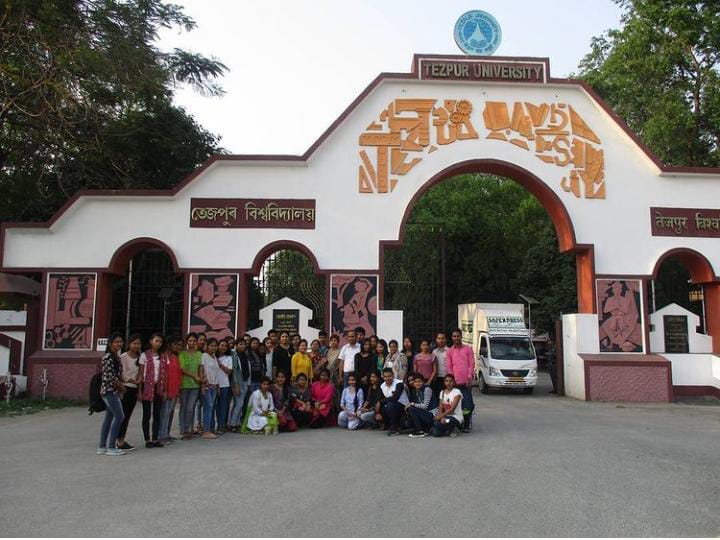 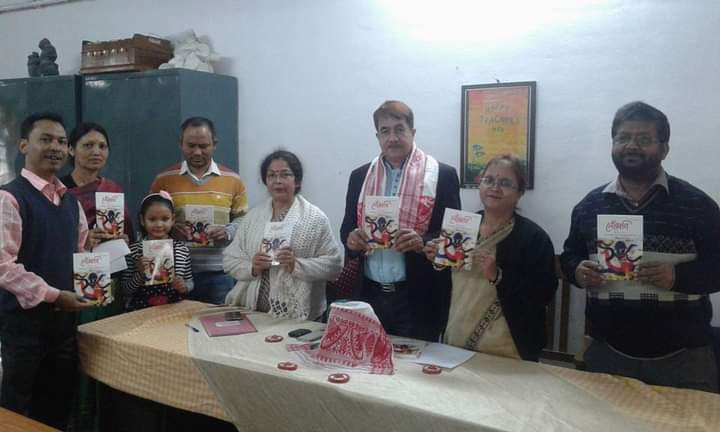 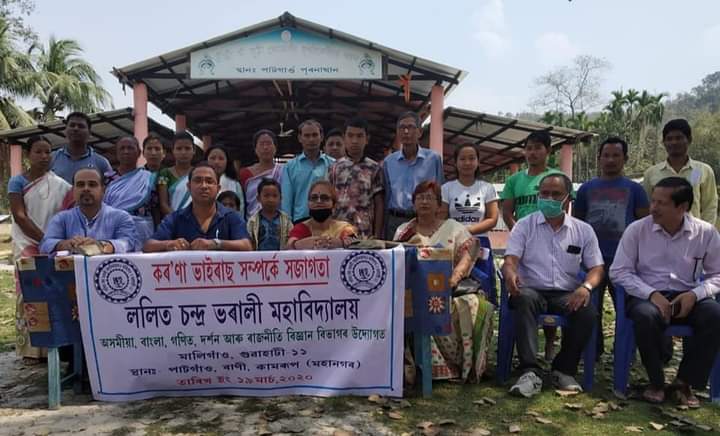 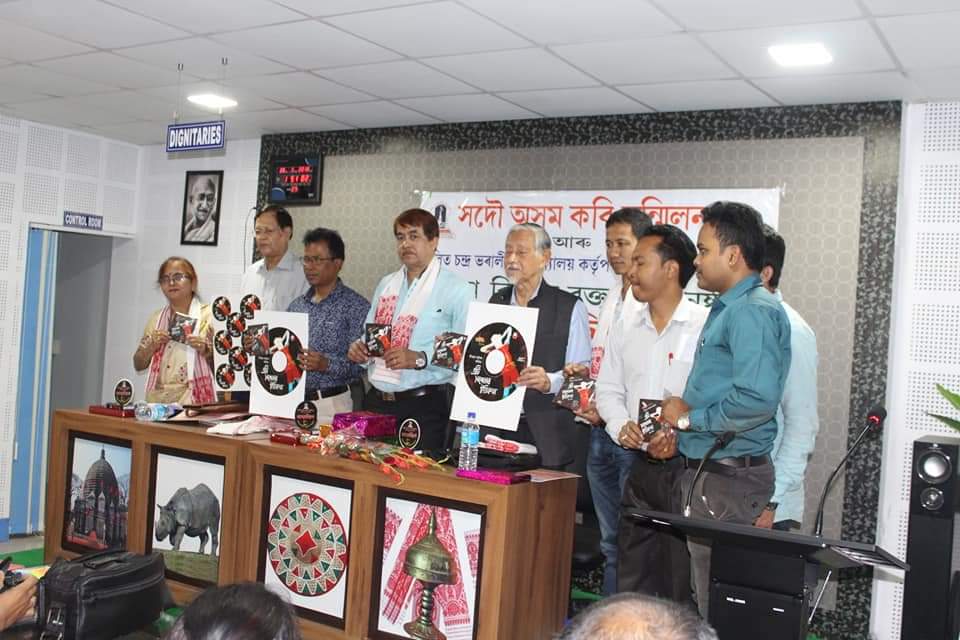 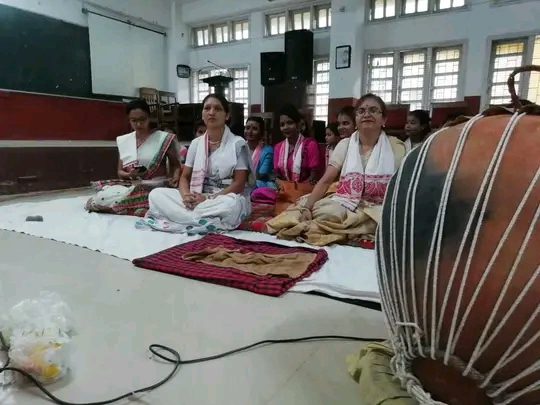 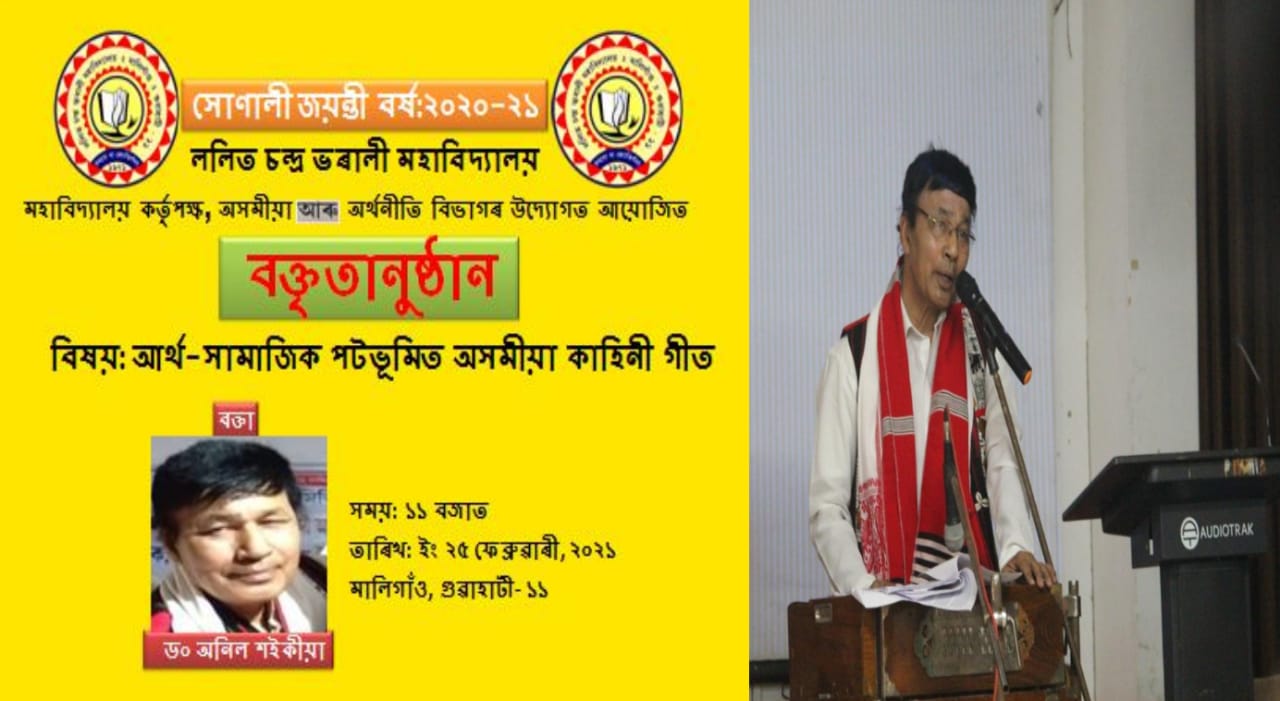 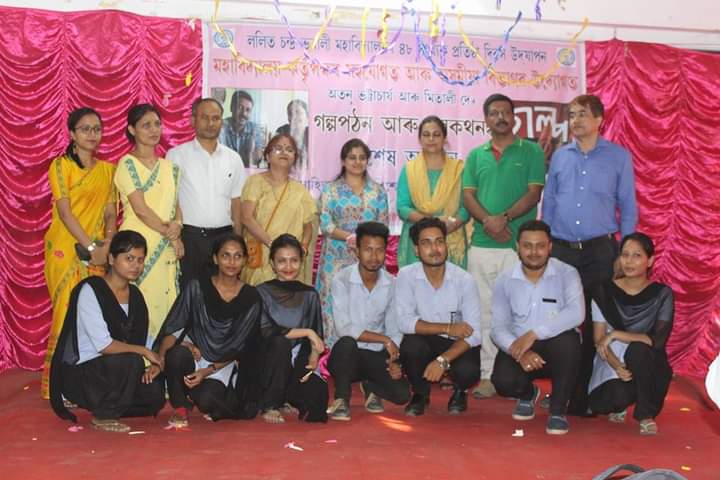